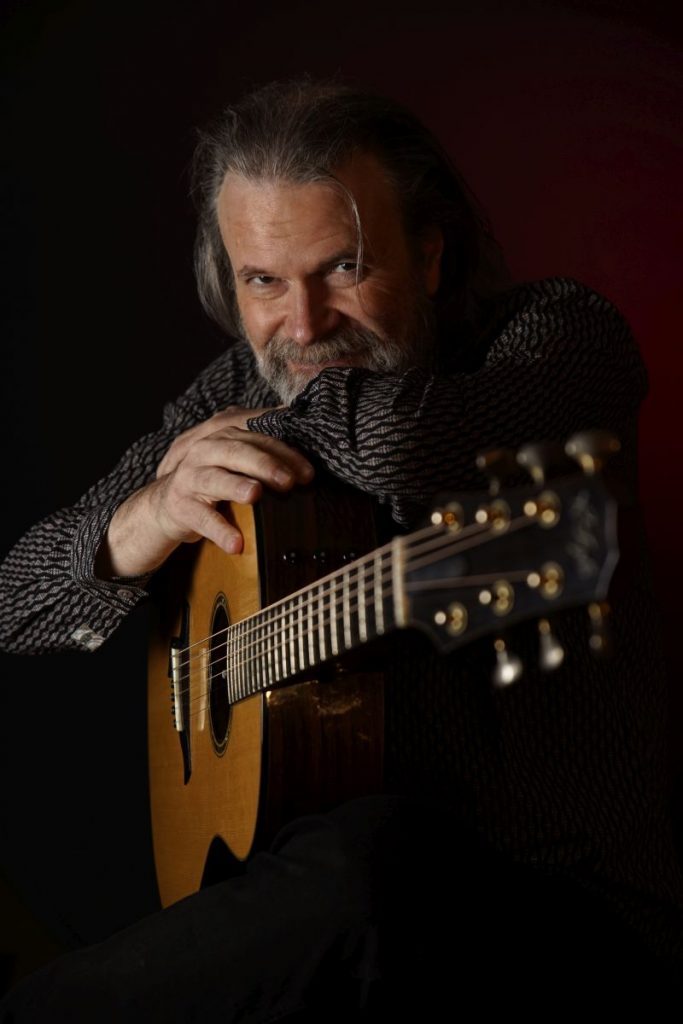 It is the smile that is the key for reading the musical universe of Beppe Gambetta. An open and disarming smile that is also the contagious and unresistable smile of a person who invites you to a musical journey with light heart and curiosity. The destination, as for any traveller, is not totally defined because it is beautiful, at the very last, to find ourselves where we never would expected to be.

With the horizon’s line as a challenge and attraction, Beppe is continually composing his personal mosaic of sounds and flavours. From his unique background as an Italian musician in love with both American roots music as well as the music of his native country, Beppe has travelled the world and even crossed the “Iron Curtain” to dazzle and charm music enthusiasts everywhere. After eleven CDs, DVDs, teaching books and collaborations with many other top-flight musicians, Gambetta is increasingly known as one of the true live master innovators of the acoustic guitar.

While Beppe still lives in his native Genova, he travels to North America at least three times each year. His reputation in the U.S. and Canada is reinforced by his participation in prestigious festivals like the Walnut Valley Festival in Winfield, Kansas, Merlefest in North Carolina, the Four Corners Festival in Colorado and Canadian Folk Festivals in Winnipeg and Edmonton, as well as events like the radio shows “All Things Considered” and “E-Town”. Beppe has performed in prestigious rooms like the Ryman Auditorium in Nashville, Tennessee and the Metropolitan Museum of Art in New York. In his career he has performed with some great heroes of the folk scene like David Grisman, Gene Parsons, Doc Watson, Norman Blake and with the band Men Of Steel: an international guitar summit (Dan Crary, Tony McManus and Don Ross) of different guitar schools with complex musical interactions. In a world dominated by the trends and logic of the market Gambetta’s playing and singing stand out for their intimate emotions, communication, research in tone, sobriety and humour. An inspired music thatt modestly avoids relying solely on his high level of technical excellence, but also reveals the innermost feelings of a brilliant, playful mind that is always exploring and innovating while staying firmly routed in tradition.

With America in his heart and his roots in the sun and the olive trees of the Mediterranean sea, he naturally and seamlessly bridges the shores of the two continents, creating in spite of the interposed ocean a musical “koiné” (fusion) where American root music and Ligurian tradition, emigration songs and folk ballads, steel string guitars and vintage harp guitars not only co-exist but interact, weaving a deep dialog unaware of any rigid classification.

Music on its way, proud of the past but looking to the future, able to talk to us in the present because it is rooted in the history of generations of men and women so different but so equal to us. Strolling music, intolerant of frontiers and passports, exclusions and obsessions. Vital music, passionate but sober. It is waving to us. Let’s follow it. 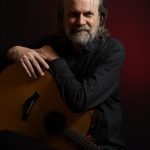 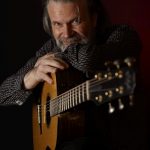