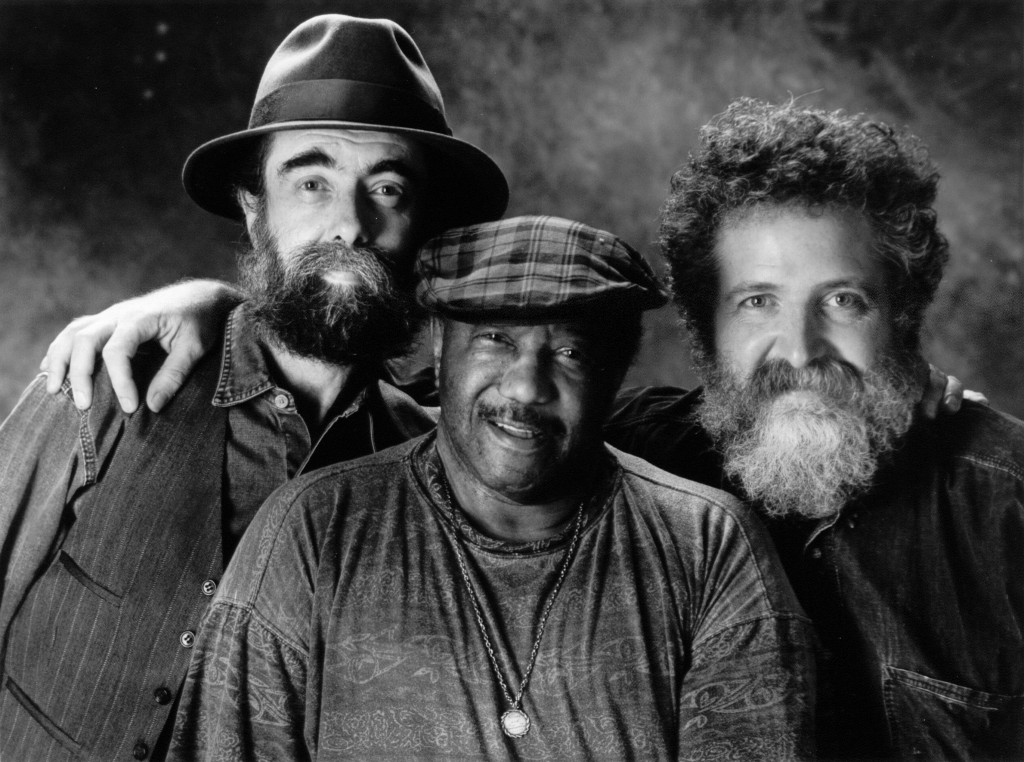 Three outstanding individuals in the world of folk, blues, and swing, who have created a magical combination, both on recordings and in live concert performances.

Three outstanding individuals in the world of folk, blues, and swing, Mose Scarlett, Jackie Washington, and Ken Whiteley have created a magical combination, both on recordings and in live concert performances. They began a loose association in the late eighties, working on a recording which eventually emerged as the Juno-nominated album “Where Old Friends Meet.” While they have continued with their significant individual careers, both audiences and the performers themselves cherish the warm, often humorous, and always musical time they spend on stage together.

In 1995 they recorded a three-CD boxed set titled “Three by Three” which Grammy- winning music critic Rob Bowman cited as “the best roots recording of the year” on CBC radio. The set consisted of an individual CD by each artists with contributions by all three on each others discs. In 1998 the album “Midnight Choo Choo,” featuring Jackie in a variety of settings from solo to big band, received such accolades as “an utter delight” by Living Blues magazine.

1999 has already been eventful. Jackie Washington received the “Blues With a Feeling Award” for a lifetime of outstanding contributions to the blues community. Mose Scarlett completed his 6th highly successful tour of Great Britain. Ken Whiteley saw his production work receive Juno nominations for the 7th straight year and a second Grammy nomination. As a trio they performed in concerts throughout Ontario and in Manitoba. They are looking forward to returning to Alberta and to their first appearances as a trio on the West Coast. And to top it off, their brand new album “We’ll Meet Again,” featuring live concert appearances of the trio, has just been released.

They have over 125 years of playing experience between the three of them and still have a lot more love and great songs to share.

“This is easily one of the finest acoustic roots releases of the year.

A skeptical critic might say it’s easy to produce three albums when some of the same people hang out to take part but there’s nothing factory-produced about this set. It’s a labor of love from three friends with eclectic tastes and wide experience in various roots forms, almost overwhelming in its riches.

When the three excellent Ontario guitar picker-singers got together for a follow-up project it ballooned into three separate albums, wherein they would guest for each other amidst a diverse group of session players and soloists as tunes suggested it.

Whiteley produced it all, adding George Koller or Victor Bateman on string bass, Al Cross or Bucky Berger on drums, Jerry Douglas’ dobro and Jim Galloway’s reeds among the dozen-plus players on each album.

The sheer invention spans wing, blues and jazz on lesser-known chestnuts with the odd gospel number to fill things out.

Scarlett went back to the 20s and 30s, digging into Tin Pan Alley and bringing a shuffling swing to much of his disc helped out with Evan Price’s fiddle and a backing “hobo chorus” that includes Bruce Cockburn.

The inflection of his own gentle baritone makes it a tad reminiscent of early Leon Redbone.

Washington (now 76) chugs along on material from the same era mixed with a few newer originals and some lazy horn charts that bring a smile.

The late pianist Jay McShann guests on several tracks including a folksy Take The A Train but Washington’s own guitar, piano and longing vocals are the key.

Whiteley is an amazing multi-instrumentalist who takes on guitars, mandolins, piano, accordion, organ vibes and percussion, adding his brothers Chris and Dan to the rest of the cast.

What with Jerry Douglas, the mandolins and some sweet vocal harmonies the bluegrass feel is stronger here.

The discs are available individually but you’ll probably want the whole set in the end, because even though they all stand marvelously well on their own they fit together like musical siblings.

A pristine productions sound and occasional touches of sweet sentiment don’t detract from the easy-going flavor and good pacing.

Finally, how about seeing these guys at the folk fest, eh?”
Roger Levesque, Roots & Blues
The Edmonton Journal, December 10, 1995 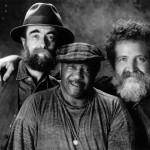